So here's my first pictures for Project 365 - it seems like I'll be doing a Project 365 for pictures and a Project 52 for scrapbooking. :)
I kept the page real simple, because this will turn into an album that is in addition to my regular LOs, not a replacement.
Als0, since I'd like to have a uniform style throughout the album, it's likely that I will change fonts/titles sometime.
I downloaded quite a few templates created for Project 365, but I ended up not using one: it's hard to use a template when your pictures have a certain orientation, and size, and order..
As you can see, for me the week starts on Monday, so the first week of the year ended today, on Sunday. 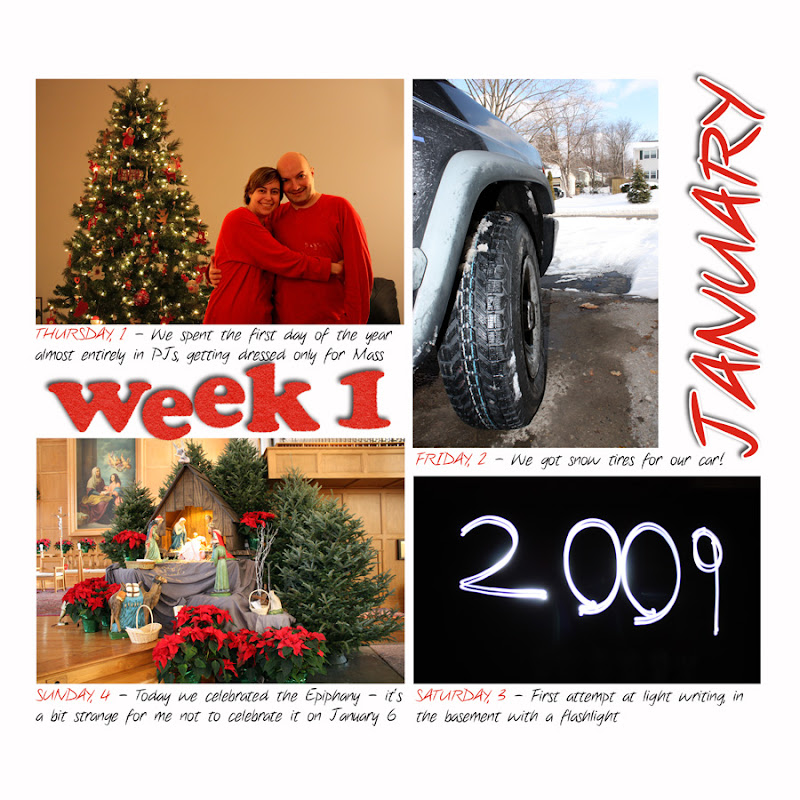 Credits:
Basic Felt Alpha by Britt-ish Designs
Font: Note this
DH and I decided to leave the Christmas decorations up for another week. Then, the Christmas season will be officially over. :-(
Posted by Cristina at 6:43 PM

Newer Post Older Post Home
Subscribe to: Post Comments (Atom)
Welcome to my blog! My name is Cristina and I am a digi scrapper who fell in love in paper, so this blog is full of my digital and hybrid creations. Some of my life fills in the gaps. :)